We are all familiar with those situations when you hear someone lamenting their ‘luck’ at the races. Not bad luck in the traditional sense, such as a horse falling at the last fence, but ‘luck’ in a sense of questioning a series of random events like “the favourites just weren’t at it today.”  The idea here is that, on a given day, some hand of providence has decided that the favourites, each competing independently, have somehow collectively decided or been prompted to perform badly.

This all feeds into one of the most interesting ideas of betting psychology, termed apophenia, where we see connections in random events or numbers. The simplest example is the roulette wheel. If, for example, number 12 has come up, we might change the next number that we bet on, because we feel that it is less likely to come up twice in a row. Of course, the irony is that some people might think that number 12 is more likely to come up because it is ‘hot’. 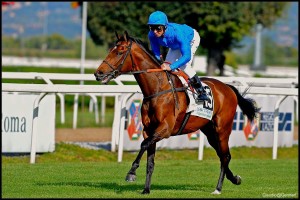 This Photo by Unknown Author is licensed under CC BY-SA

Consecutive winners can feel ‘out of place’

Going back to racing, there are lots of ways this apophenia filters into our decision-making. Consider this question: How many punters would have been, even unconsciously, put off by backing Frankie Dettori after the third or fourth race during his famous seven-winners day at Ascot in 1996? Surely by mid-afternoon some would have felt that Dettori had already used up his ‘quota’ of wins for the day? We must remember that only two of those horses, Diffident and Decorated Hero, went off at odds greater than 4/1. The collective result was remarkable, but each individual race wasn’t.

Apophenia stops us from judging each race on its merits. Consider Willie Mullins, uncharacteristically, having no winners on Day One of the 2017 Cheltenham Festival. How many of us would have begun to blindly back the Irish trainer because we felt his luck was due to turn? Now, as it turned out, Mullins’ did bounce back with four stunning wins on St Patrick’s Thursday, but this was down to the merits of each individual horse, and some fine riding by Ruby Walsh. None of it was down to Mullins’ being ‘due’ a couple of winners to satisfy the precedence of his marvellous Cheltenham record. 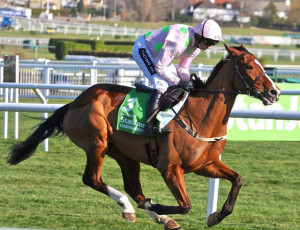 This Photo by Unknown Author is licensed under CC BY-SA

It is, of course, a given that having a cold detachment can help with your betting, but the psychology of it permeates everything we do. Using free bets, for example, and you can follow the link to find the best free bet no deposit offers to use now,  we are more likely to plump for something as a longshot, because ‘it’s not our money’. At the very least, we put less thought into it than we do for our own money. Bookies know this. They know that we are less likely to bet on Manchester City, at odds-on with all bookmakers to win the Premier League this season, than a team like Liverpool (5/1, William Hill) or Manchester United (7/1).

Is it possible to be truly objective when placing a bet? Perhaps not. Betting fills us full of emotion. We may come to unconsciously dislike a horse or jockey because they scuppered a bet before. Or, indeed, we could be drawn towards a horse because of the good times delivered in the past. However, the more we move towards objective reasoning, the better our ‘luck’ should become.